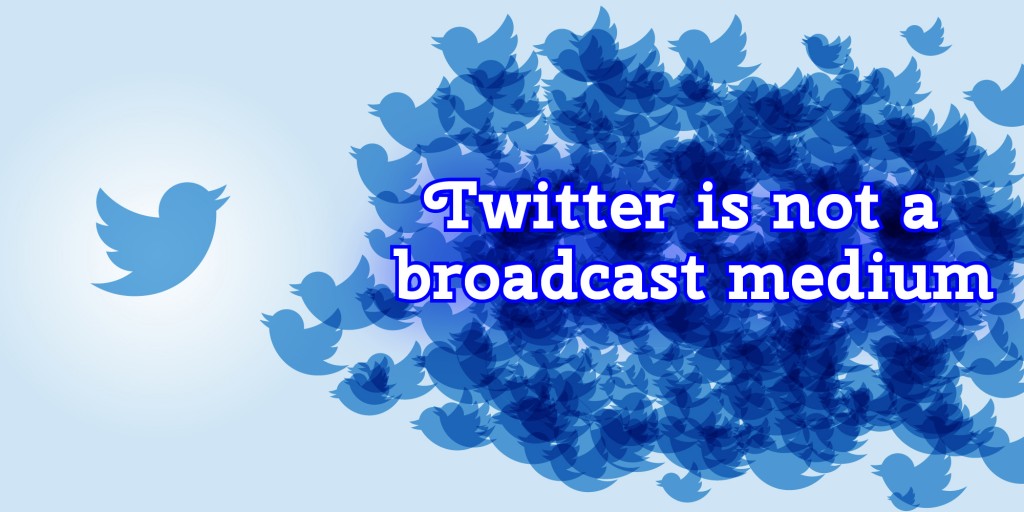 Last year the Verge demonstrated that people tweet links to articles that they actually never read. And now the Atlantic reports that only 1% of the people who click on a tweet actually read the article.

Instead, Twitter is a medium where you directly engage with other people. You have your own circle of people you know. You read their tweets. They read yours. On my two biggest accounts on twitter, they both have just over 1,000 followers each. But I realistically have about 10 people that I really engage with on Twitter.

Every now and then of my tweets get retweeted, getting favs and more retweets (like, photos of art and garbage cans). So your tweets DO have some potential to reach a larger audience. But much to the Atlantic’s point, even with that larger audience, only 1% of the people who click on the tweet actually read the article.

Twitter is a bunch of noise. The true value is the direct community you build on Twitter by engaging with people with at-replies and building a rapport.

Actually, I’m really glad to see this Atlantic article. It proves the fact that Twitter is not a broadcast medium.