If Twitter is going to release an timeline algorithm, then each user should be able to determine the variables used. For my timeline, I would have two variables:

I don’t want to follow people on Twitter who only tweet and never at-reply other people. If Twitter lets me use this variable in my timeline, all the sudden I would love the algorithm.

2) Limit quantity of tweets within timespan

Another piece of my custom algorithm would limit the number of tweets from one person within 15 minutes. Anything more than one tweet per 15 minutes would not be shown. When someone tweets five times in five minutes with five different links–who wants to see that sort of noise? Maybe some people like their twitter stream to be a constant unreadable stream, but I like my stream to be something I actually read.

People are in outrage over the upcoming Twitter algorithm, because of the mystery and lack of control. Remove that mystery and put the control back in the hands of the users. Being able to customize your Twitter algorithm would bring a new excitement to Twitter that has been lacking since Twitter started to limit their API to developers years ago. Giving users this power will everyone power. 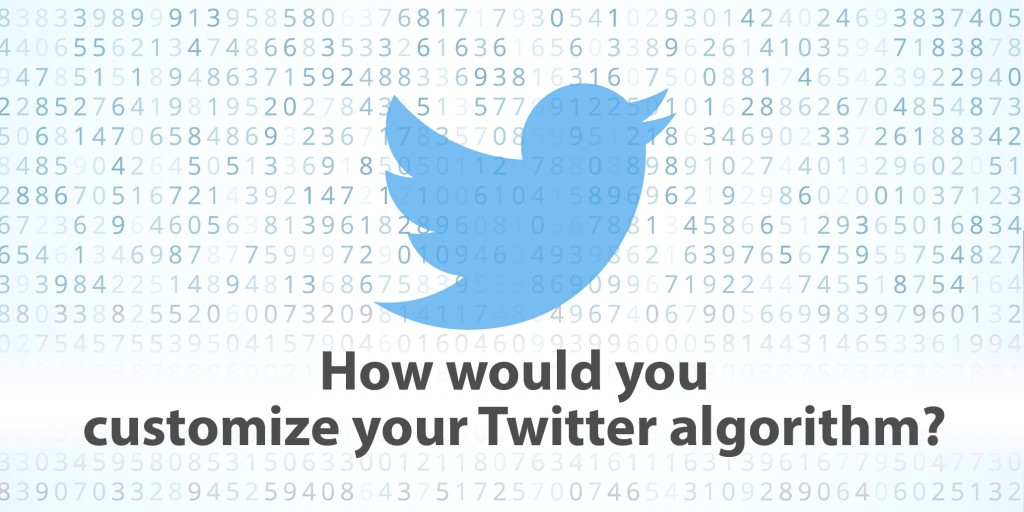 How would you customize your Twitter algorithm?
» Please leave your thoughts in the comments.