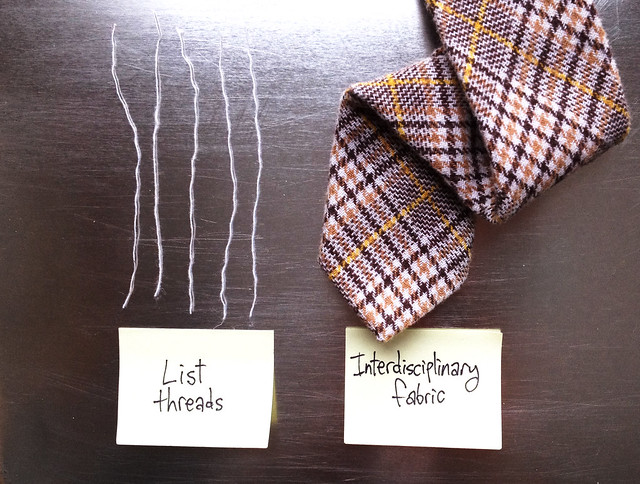 2013 was the year of lists. Will 2014 continue the heavy use of lists? Yes, 2014 will bring more lists. Specifically for the masses, there will be more lists in 2014. However, for the more attuned reader, lists will become less popular. Perhaps instead we will see more interdisciplinary articles. Topics that merge various fields together.

Take a look at the rise of brainpickings with 873,532 Facebook fans. The last paragraph on their about page says:

Lately the focus in the blogging and publishing world seems to have been on the niche, the focused, the laser expertise on specific topics.

Which all end up being rather dry. Lists are like a row of threads hanging off one topic. The same point repeated over and over. I love lists for their simplicity and focus. But what about synthesis?

Interdisciplinary articles reach across several topics and combine them into one fabric. Intersections are much more interesting than a single repeated line.

The very act of creativity involves synectics–the combining of two different things together.

Interdisciplinary examples (appreciate the irony that these are presented in a list):