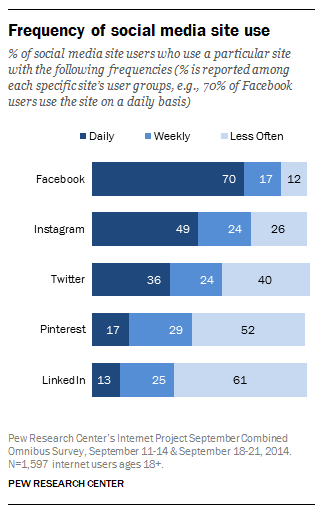 Chris Thilk reasons, “[Twitter may be] telling people that it’s the place to lean back and *view* updates.”

There may be a secret sauce to Instagram’s higher engagement rate.

On Instagram, users care more about getting likes than followers. On Twitter, it’s all about boosting that follower count–which then results in a ton of tweets you never want to read from your timeline.

But wait, doesn’t Twitter have the retweet? Isn’t that like a the Instagram like? Don’t people on Twitter care more about retweets than followers? Perhaps. But there is more of an investment in retweeting someone’s tweets. The very tweet appears on your own timeline. I would think that people are more cautious about retweeting than they are liking something on Instagram. What’s the harm in liking something on Instagram? It doesn’t get posted to your feed. It’s just a simple tap, like.