See among your friends who gets the most steps in one work week. Fitbit has a great feature called “Challenges.” Every week, you can invite your friends to participate in the “Workweek Hustle.” Fitbit keeps track of the progress of all your friends throughout the week.

Fitbit makes it fun to check in regularly to see who has the lead, and where you stand in the rankings. However, it’s not as much fun when you are always at the bottom of the list. With step tracking, you’ll find that some of your friends are absolute fanatics with getting many thousands of steps–especially if they are long-distance runners.

I tend to be near the bottom of the pack in our weekly challenges. So I’ve developed a technique that makes me feel better about my low rankings.

How to feel better when you rank low among your Fitbit friends
Instead of looking at the top people all the time, just ignore them. Focus on the a couple people are around the same range as you.

Here’s an example of our Workweek Hustle, half-way through the week: 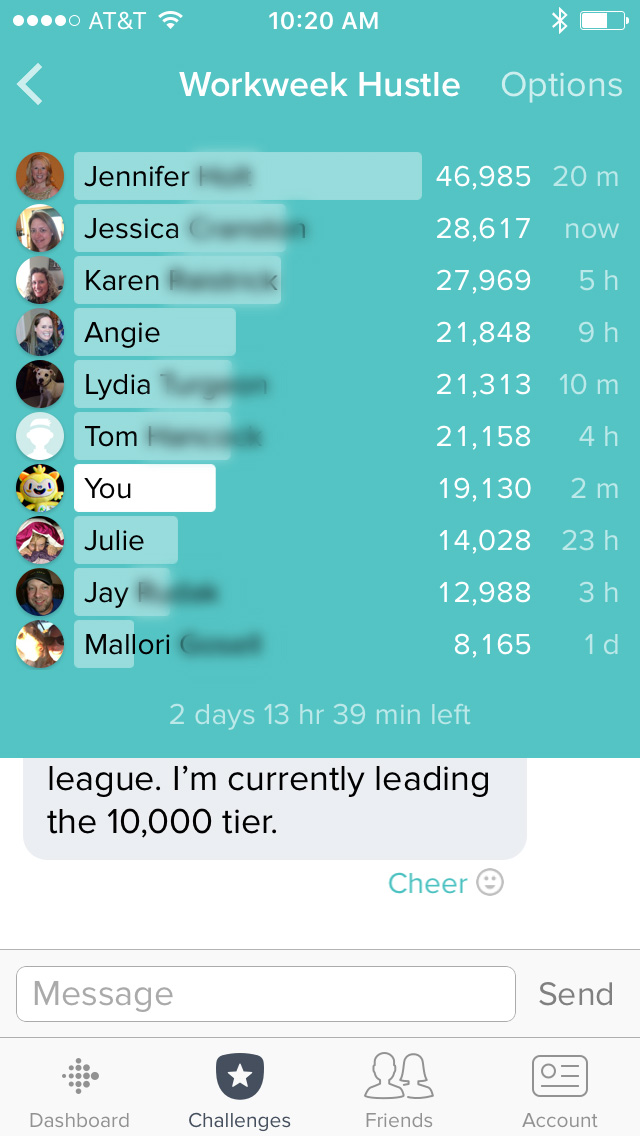 Mentally break up your challenge groups into leagues. The easiest way to visualize this is by numbers. Break the different leagues up into 10,000s. In my WorkWeek Hustle, there is Jen at the #1 spot in the 40,000 league. Five people are currently in the 20,000 league, with Karen at the lead. I’m currently leading the 10,000 tier of three people.