Did you ever collect comic books as a kid? If so, when did you stop collecting? Maybe it has to do with the cover prices increasing.

Anthony’s Notes lists the price of comics, along with and without inflation: 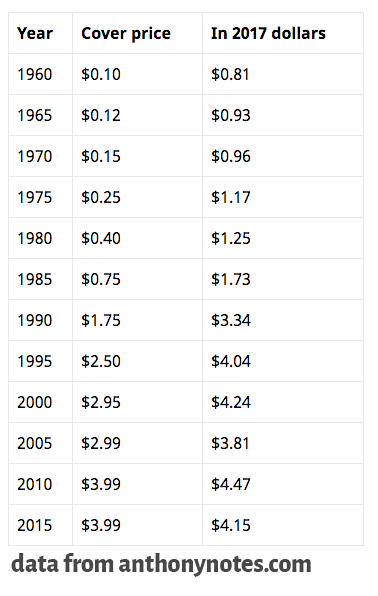 1990 is about the year when I waned off collecting comics. As a high school sophomore, the prices got to be too much for me to pay. Between 1985 and 1990 the price of comic books doubled. Yipes! Doubled!

Let’s look at Anthony’s chart as a line graph: 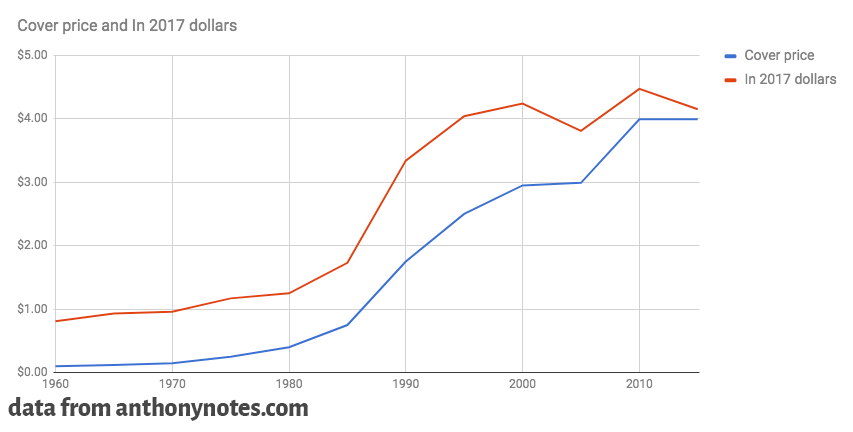 Thankfully, today digital comics make the price more reasonable. Comics at least a year old can be bought on sale for $1 each on the Comixology website.

These sale prices on Comixology has brought me back into buying and reading comic books again. Now instead of regularly visiting a physical comic book store, I check out the Comixology and Amazon sales online.