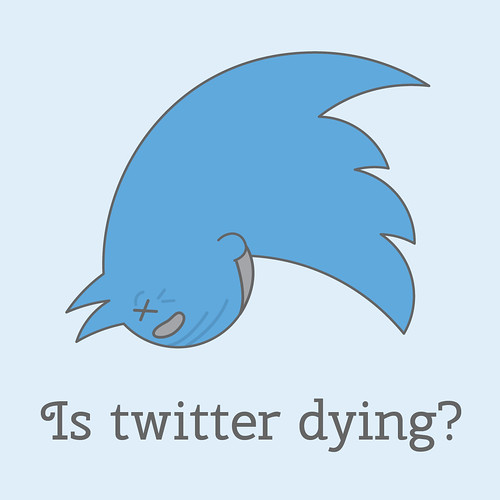 Are the overabundance of people trying to gain followers on Twitter actually killing the service? Marketers constantly tweeting utility links, never sharing their own personality. People trying to impress others by constantly retweeting others. Is all this noise killing Twitter? The Atlantic wrote a Eulogy for Twitter, claiming “the beloved social publishing platform enters its twilight.”

The real motivation here is people. People to connect with. Not people to broadcast to.

Everyone should really have just about 100 people they are following. That’s the reality. But those numbers are soooo tempting. You have to follow people to get people to follow you back! You have to play the game to find those people who you might just connect with. The game!

I play that game too. I follow people in the hopes of maybe there being a connection. Someone who would find my tweets interesting. But the reality is that out of 780 people I follow with @mattmaldre, I have two lists of 257 people whose tweets I actually read. Such is the game of Twitter.

Of those 257 people, one list is 103 people who I know in real life. The other 154 people are those who I find interesting and don’t broadcast. They engage. And that’s what I care about on Twitter.

How to get on my rad or cool people list:

If you find that you aren’t on either of these Twitter lists that I read, simply send me an at-reply to any of my @mattmaldre or @spudart tweets. Your at-reply can be about anything. Whenever someone demonstrates that they read my tweets, chances are, you’ll get put onto the “cool” list of 154 people.

Ways you might not make it onto my lists:

I’m sorry but if you fit into any of these criteria, you are a broadcast tweeter. Find out what type of tweeter you are at twtrland.com.