Is there an online resource to translate a word into all foreign languages? You could manually look up a word in Google Translate. But don’t you want an online dictionary that can translate in all languages?

Good news. Google Sheets has a function for Google Translate! You can set up a sheet with a function for each language and then have it automatically translate one word into all languages.

In cell A1, put your single word/phrase in English. In cell B1, enter the following:
=GoogleTranslate(A1, “en”, “fr”)

That “fr” part does the translation for French. For the other 90 languages in Google Translate, here are the codes:

When you have a spreadsheet that can automatically do translations like that, you can make blog posts like, “How to say “honeymoon” in 65 languages. 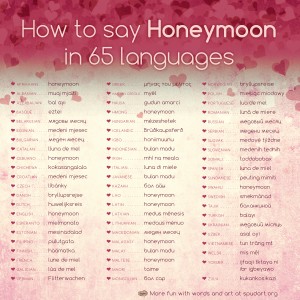 How will you use the Google Translate function in Google Sheets?