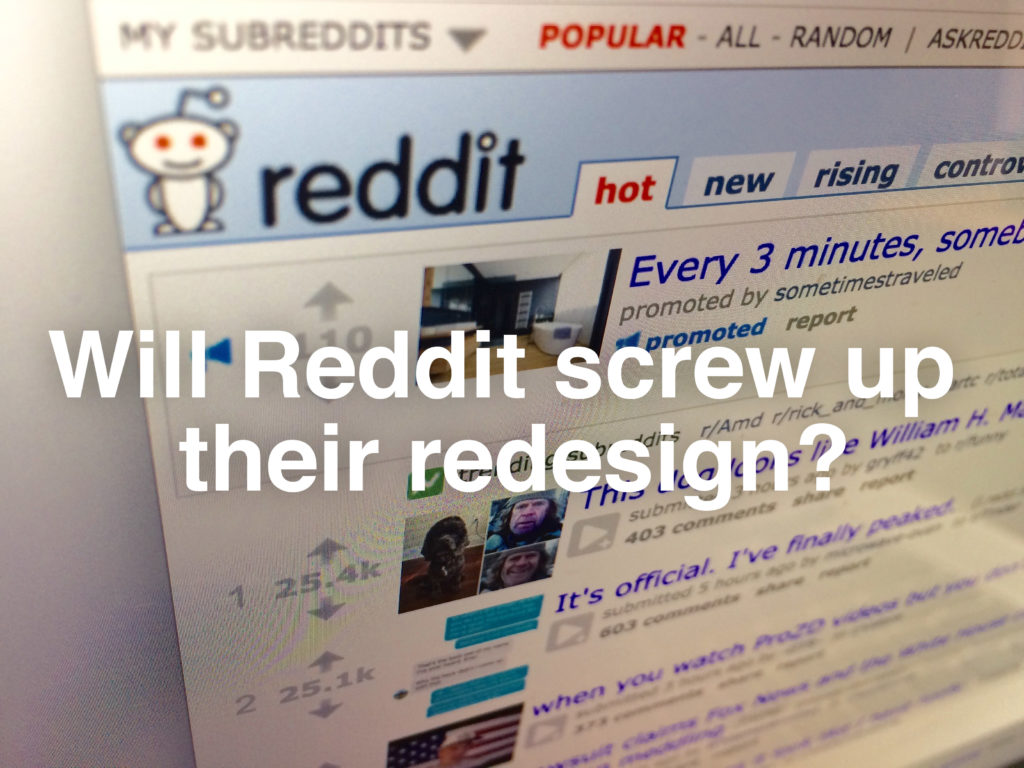 With the $200 million new funding for Reddit, they are planning a site redesign. (reports recode)

Huffman’s plan for the new funding includes a redesign of reddit.com — the company is literally re-writing all of its code, some of which is more than a decade old. An early version of the new design, which we saw during our interview, looks similar to Facebook’s News Feed or Twitter’s Timeline: A never-ending feed of content broken up into “cards” with more visuals to lure people into the conversations hidden underneath.

“We want Reddit to be more visually appealing,” he explained, “so when new users come to Reddit they have a better sense of what’s there, what it’s for.”

Once this redesign goes live, I wonder what service all the reddit users will flock to. In 2010, Digg was the #1 links site. Reddit was just peanuts. In August 2010, Digg redesigned their site, everyone hated it, and flocked to Reddit. The Reddit demographic is VERY fickle. They don’t want fancy bells and whistles. They want a simple site to share links. Digg tried to control the homepage with their 2010 redesign, and people left.

Will Reddit get too fancy for its users? Who will be the replacement for Reddit if they screw up the redesign?