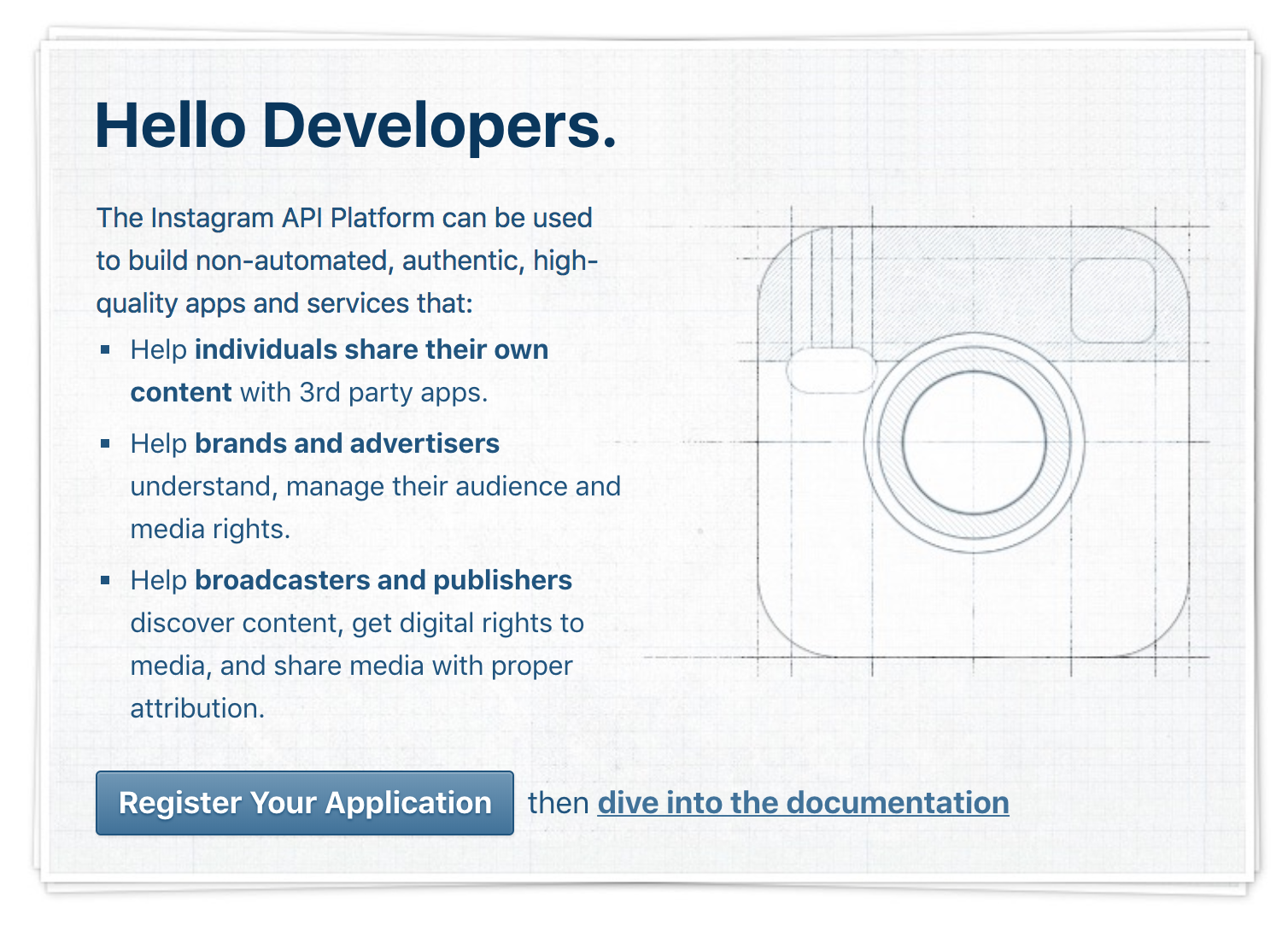 A new platform launches. The platform needs users and growth. So the platform offers an API for developers to make super-cool apps and services. Why bother developing the innovation in-house when you can have other outside people do it for you?

Third-party developers get excited about the API, because it lets developers access the platform’s information and present it in new helpful ways to everyone. Things like, a developer can make a service that offers analytics on traffic and users.

Six years ago, third-party developers using Twitter’s API offered a plethora of ways to get information about your Twitter followers. And ways of finding new followers. It was great!

Third-party developers can create alternative ways of presenting the content.

I personally don’t like how Instagram makes you scroll scroll scroll through full-screen images. I’d much rather have my feed be offered in quicker squares. Third-party developers like web.stagram.com made this possible.

This allows great life and growth. It attracts more users, because you aren’t stuck with the one-way presentation that platform offers. The platform gets more users because of all the cool things you can do with the developer’s work.

The platform has millions of followers. Yaaaay! Everyone is happy.

But wait. The platform gets greedy and doesn’t want any traffic to these third-party services. The platform wants ALL the traffic.

The platform cuts away at the API that allows the third-party developers to access data and content. Less and less apps and services can run on the platform’s API. The third-party services have to shut down.

These platforms have every right to do this. It’s their platform. They can close it off at any time, in any way.

Facebook, Instagram, and Twitter are over-controlling. Don’t let anyone else provide helpful ways to use your service. They want you to use their platform only in the ways they exactly prescribe.

1 thought on “The classic sad tale about social media API.”