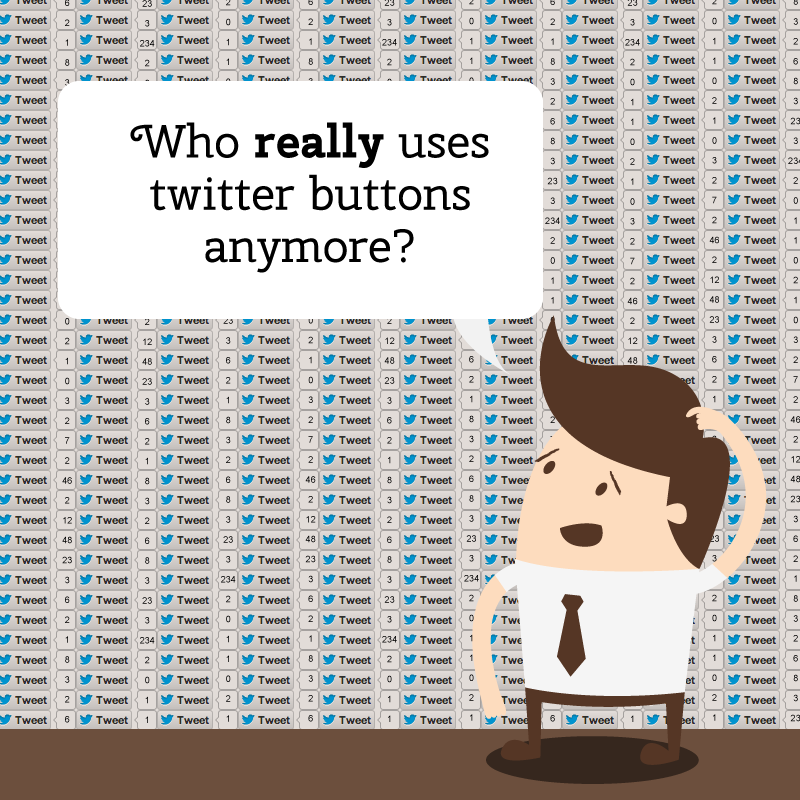 Joshua Benton of niemanlab does a great job pulling these stats and offering five explanations why:

He ends up determining that even at 10% it’s still worthwhile to have twitter buttons on your articles. I especially like how at the end of the article there are tweet buttons. I like his analysis even more. Very curious is how he gathered that information. I’d love to know if he used the Twitter API to scrap it, or some other tool.

With buttons. I dunno. I kinda like buttons. Buttons are fun. It’s like going to the Museum of Science and Industry as a kid and just running around pushing all the buttons. I honestly think that is half the appeal with Facebook’s “like button” (note, not the “like” link when it’s merely text, but the “like” button).

The tweet buttons have always been kinda weird, IMHO. Who uses them? I might be wrong, but I feel like the end users who use tweet buttons tend to be not as internet savvy. It would be cool to cross-reference Joshua Benton’s research with Klout score. Do users with lower Klout scores use the twitter buttons? Although, that would be assuming that users with a high Klout score are internet savvy—which is not always the case.

And THEN, do those people use twitter buttons? I’m guessing not.

But at that point if you have an interesting-originality rank, you’ve got a mighty powerful tool to do other analyses.