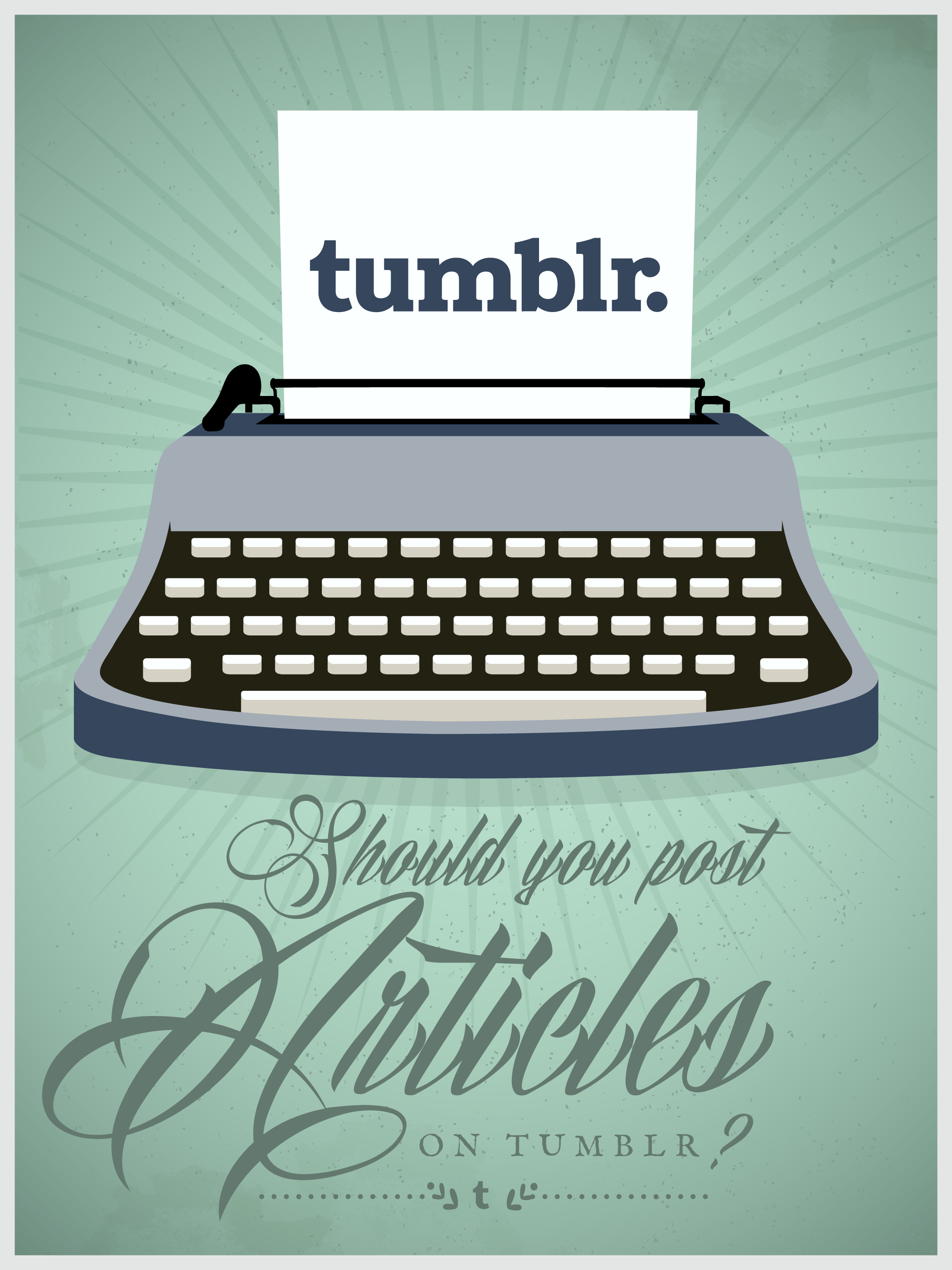 Tempted to make tumblr the home for your articles? You might think about having your work on the 18th most visited website in America (via Alexa). A couple more stats to entice you:

Ok, so tumblr is popular. But is it the right channel for your WRITING? Tumblr is about small quick bites. I’m not going to pause to read anything on tumblr. The system just isn’t geared for that. I’d say use tumblr however you feel, but keep one thing in mind. Tumblr tends to be a very visual medium. There certainly are a number of text-based tumblrs out there, but I honestly can’t say I read any tumblr posts. I skip over them.

Five reasons to not make tumblr the home for your writing:

1) Tumblr is not SEO’ed at all
Tumblr posts have awful rank in google. Why bother posting any sort of longer form text on tumblr when it will never see the light of day in google?

2) Tumblr’s dashboard is so myopically focused on one image at a time
The stream is so hard-coded to show one column. While one column is nice, but the user ends up flipping though the stream super-super fast. Especially since everything in the stream is all mushed together. There’s zero organization on tumblr. When pinterest came along forcing people to post onto specific, focused topic boards, I totally thought pinterest would kill tumblr. It hasn’t… yet.

3) Yahoo might just do that job of killing tumblr
Yahoo pretty much killed flickr, another wildly popular visual-based community.

5) The community is really, young, and kinda stupid
I have a love/hate relationship with tumblr. I can post some really cool stuff, but it won’t get many likes or reposts. But I repost an image of Mr. Krabs rubbing his butt with money, and it goes apeshit. That is SO tumblr. I don’t want to offend tumblr users by saying the general audience is stupid, but it’s pretty much true.

Bonus point #6) Tumblr has no comments
Do you really want to post your long-form articles on a place where there are no comments? All blogs should have comments enabled. The only way to get comments on tumblr is to hack your theme to include a commenting system like disqus. But that’s a bit like putting wings on your car. Can you put wings on a car? Sure. But those wings really aren’t going to be used. When people are on tumblr, they are not commenting, they are reposting.

I often leave tumblr, but then I come back to it, just because the thing is so darn popular. If you post  your articles on tumblr, make sure to:
A) Use an image
B) Only include a teaser section of text. Anything longer than a teaser, and it won’t get read on tumblr.

Are you on tumblr? If so, please leave a link to your tumblr in the comments on this blog post. Thanks!