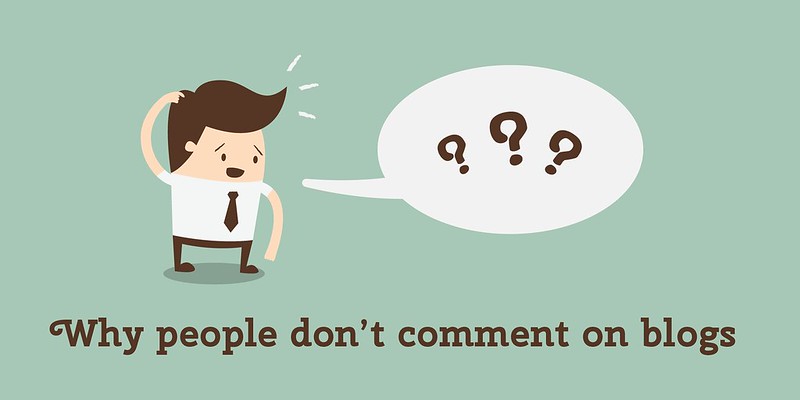 Perplexing is that people can read something and not have anything to say. What are the historical and psychology causes?

At the dawn of democracy, listening was primarily an active activity. People would debate each other. A statement would be made, the listener would respond. Communication was interpersonal.

Peter Kreten states in his first draft review of the book “Listening Publics”:

[Kate] Lacey begins her case by defining listening as: “the active direction of the sense of hearing to discern meaning from sound…” (p. 22) She then focuses on how communication is interconnected with political practices through cultural practices. For centuries, groups of individuals would gather together to discuss new ideas and policies. This became an integral part in the development of democracy.

However with the rise of new technologies beginning in the Industrial Revolution, listening habits began to change. Phonographs, telegraphs, telephones, print, and radio began to give audiences more control over what and how they listened. For the first time, individuals could return to their homes and listen in private to news, information, or entertainment. People no longer needed to participate in public discussions in order to stay interconnected to the outside world. They were now able to get their information privately.

With the rise of the TV in the last half of the 20th century, Peter Kreten states in his second draft, “listening went from being viewed as an active activity to a passive one.”

Have readers of blogs become passive?

1) Laziness
Does the reader have thoughts, but is too lazy to share them?

3) The commenting system makes it too difficult
Blogger is definitely guilty of that.

4) No time to comment
Having no time is not an excuse. If you spend the time reading something, you can spend the time commenting. If someone is using the time excuse, there is some other reason at play.

5) The reader wants his/her comments to be more public
Since the majority of the public visits facebook and twitter instead of blogs, perhaps some readers don’t want their comments to buried on a site somewhere. Why spend the time writing a comment, when your friends won’t see it? Of course, the solution would be to simply share your comment on facebook or twitter–which many people do.

A couple years ago I believed this to be a cause behind the drop in comments on my creative blog, spudart.org. I switched the comments system from being a natively built-in to using Facebook’s comments. The comments box from Facebook has a checkbox that makes it super-easy to publish your comment to your profile. To this day, nobody uses it. The majority of peope who use the facebook comments box on spudart.org are one-time visitors from google.

6) The reader wants his/her comments to be private
In an ironic switch from point five where the comments aren’t seen by enough people, this reason flips to the other side where people don’t want their comments to be readily available to everyone on the internet. While that is certainly a safe approach, it’s also to live your life in a manner of seclusion.

7) Comments in general are seen to be the scum of the internet
Spend any time on Youtube and you’ll see how this is true. Many people spew toxic fumes over the internet without any real thought. However, we need to convince people that there are certain areas of the internet where thoughtful comments can be shared. Where respect for others is emphasized.

8) The reader thinks that the writer doesn’t want comments
Peter Kreten in his review:

According to Lacey, broadcasters began diminishing the importance of engaging their audiences because they believed people would not listen. “During the formative years of broadcasting, this passivity was understood by some as being imposed on the listener by the mass address that spoke to no-one as someone, and everyone as anyone, denying the possibility of active engagement, personal development or equality of response.” (p. 114)

9) Does the reader have no thoughts at all?
I don’t want to be that pessimistic, but there is something about the readers’s attitude. Perhaps Lacey is onto something with passive listening. People may just sit and listen without any sort of inclination to respond.

The medium influences how we think

Ten years ago I realized while commuting on the streets of Chicago that whatever you have in your hands will influence how you perceive and interact with your surroundings.

Has the internet become a place where we don’t have something in our hands? The iphone and ipad’s keyboard certainly puts a barrier in place for responding. Who wants to tippy-tap out a long comment?–especially when there is a simply one-tap like button.

Desktop users shouldn’t have that barrier in place, for they have a keyboard at the ready. However, maybe people don’t see their keyboard as a place for creation. Maybe they see the computer solely as a screen and a mouse. Mouses are for clicking and moving on, not for giving a response.

The tools for how we listen truly shape how we communicate.

Can you think of more reasons why people don’t comment on blogs?
I’d love to hear your thoughts in the comments or on your favorite social media channel. This blog post appears on Reddit, Twitter, and Google Plus.

8 thoughts on “Why do people not comment on blogs? The psychology and historical reasons”