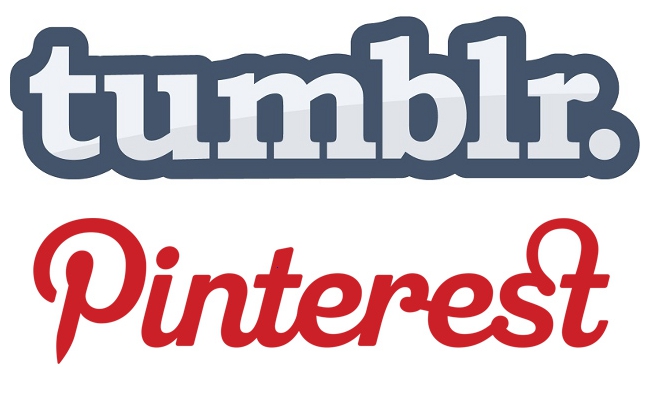 I thought for sure that Pinterest would have killed Tumblr. I find my tumblr stream too unfocused. With the specific boards in pinterest, it would seem that a user would be able to define exactly what they want to see. But it doesn’t quiet work that way as my pinterest news streams seems to be even more unfocused than tumblr. It’s a big spaghetti board of random pins.

I might give tumblr another try, as it might have more of a feeling of being focused where you just have one column of content. It’s also cool that brands are posting their content into verticals on tumblr. As Post Advertising writes in “Is tumblr doomed?“:

Vice Media started as a little indie magazine in Montreal and has blossomed into an international company with wide appeal and financial success. Vice’s success stems from a multichannel approach that includes websites, live events, a magazine and three “verticals” for art, music and technology, notably the Creators Project

However, even if I follow just Vice’s art vertical, it still appears in one single stream of all the other tumblr streams of various content.

I would like tumblr to allow users to create their own lists of tumblr accounts to follow. I find this immensely helpful in twitter as at certain times of the day I’ll check my Chicago Visual Arts list. Other parts of the day I’ll check my Digital Publishing list. My mind is better prepared to digest each of the content in these lists because they are focused. –something tumblr and pinterest need to learn.